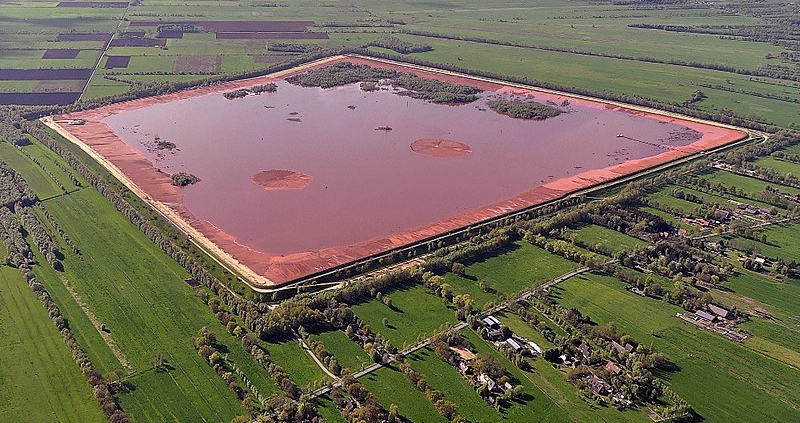 A group of researchers in Queensland are developing a new technology for the biological treatment of bauxite residues. A circular strategy to turn waste products into fertile soil

Turning waste products from bauxite into an alternative soil where vegetation can grow. That’ s the goal set by some Australian researchers who are working on a circular solution to the long-standing problem of the “red mud“, an uncomfortable residue in the mining sector. The idea, scientists of the Sustainable Minerals Institute of the University of Queensland say, is to develop a system to realize on site the so-called bioweathering. This process consists on the erosion and crushing of rocks by microorganisms and leads to the transformation of mud into fertile soil. The operation, according to Mining.com, is carried out in cooperation with the mining giant Rio Tinto and the metal producer Queensland Alumina Limited.

From bauxite to fertile soil

Bauxite is a sedimentary rock that contains various hydrated aluminum oxides such as gibbsite, böhmite and diaspore. The extraction and refining of the material is crucial for the production of aluminum, abrasives and cement. This process, however, leads to the generation of a waste product – called red mud – which cannot be used without being previously purified because of its high salinity levels.

Normally the red mud is disposed at high evironmental cost. The solution proposed by the researchers, the leader of the research group Longbin Huang told Mining.com, is to accelerate the operation of microbial bioweathering in the field. With the goal to create “a functional growth soil, that is compatible with ecological attributes of native/exotic plant species and communities.”

The project, with a duration of 8 years and financed with 3 million dollars by the two private companies involved, is part of the growing initiatives developed in the circular economy sector. A very promising market for the country, which has to face well-known endemic problems. Such as weak soil fertility and a low level of recycling.

“We know that Australia has some of the driest soils in the world and as a country, we generated 42.9 million tonnes of organic waste in 2018-19,” Gayle Sloan, managing director of the Waste Management and Resource Recovery Association of Australia, said recently. Landfills, she added, have taken in nearly 6.9 million tons of potentially recoverable waste. The solution studied by the researchers, Huang says, “offsets the need for excavating and transporting large volumes of natural soil resources from non-mined landscapes, thus achieving a great financial advantage while improving environmental quality expected.” 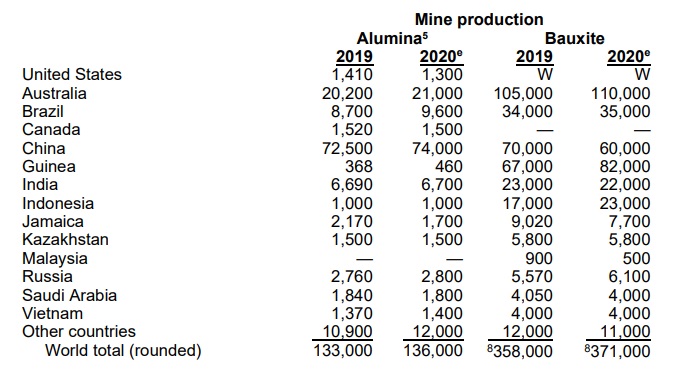 With 110 million tons mined in 2020, Australia has emerged once again as the world leader in bauxite production. Source: U.S. Geological Survey

Australia is the leading producer of the mineral with over 100 million tons per year, but it’s not the only country keeping a close eye on research developments. Three quarters of global bauxite reserves, between 55 and 75 billion tons according to U.S. Geological Survey estimates, in fact, are located outside Oceania. Africa holds about a third; South America 21%. While 18% of the total amount is concentrated in Asia. Moreover, mining is expanding, driven by the growth in demand for aluminum, half of which is met by Chinese production alone.

“The Global Bauxite Market is projected to register a CAGR of over 3% during the period 2021-2026,” says Irish analyst firm Research and Markets. “The increasing trend of electric vehicles may further propel the demand for aluminum alloys.” As a result, increased mining activity may boost research for new circular solutions.