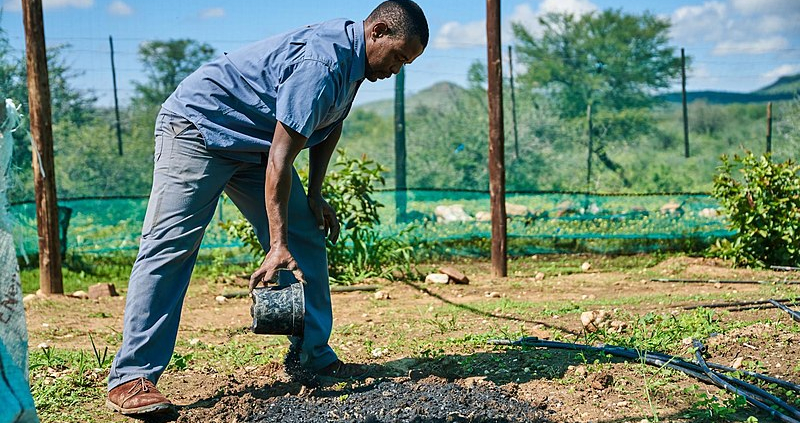 Soil degradation, a problem that affects 40 percent of the global land, poses a threat to climate and food security, the World Economic Forum (WEF) said. The statement assumes particular relevance as developing countries are dealing with a worrisome food crisis fueled by rising commodity prices and the fallout from the Ukraine war.

Today, says The United Nations Convention to Combat Desertification (UNCCD), deteriorating land conditions impact 50% of human population. That is why, UNCCD Executive Secretary Ibrahim Thiaw reminds, “We need to urgently rethink our global food systems, which are responsible for 80% of deforestation, 70% of freshwater use, and the single greatest cause of terrestrial biodiversity loss.”

That link between healthy soil and climate mitigation

The Forum, in particular, highlights the link between healthy land and climate change mitigation. The connection lies in soil’s ability to capture carbon and prevent it from leaking into the atmosphere. In this scenario, farmers can play a crucial role by implementing best practices in land management. These include plant diversification – as opposed to intensive monoculture, and the use of nature-based additives such as biochar.

Created as a result of biomass pyrolysis, biochar is a plant-derived organic product capable of retaining moisture. The substace can also distribute nutrients more slowly and create suitable conditions for the development of soil microorganisms. Although it cannot be considered as a cure-all for soil problems, biochar application has proven useful in increasing organic carbon content and soil fertility. As such, it deserves to be studied extensively to identify its full potential.

Traditional agriculture is good for soil and human health. A lesson from Navajo community

Sustaining these initiatives is equally important. A recent WEF survey of European farmers found that they typically complain of economic and management difficulties, while highlighting uneven adoption of technologies and suffering the effects of policy fragmentation at the national level.

The result is an inability to seize a hugely valuable opportunity, as certified by the organization’s estimates.

According to WEF, in fact, “If farmers are supported to take climate-smart actions the EU could reduce its agricultural greenhouse gas emissions by an estimated 6%, restore soil health of over 14% of its total agricultural land, and add between €1.9bn and €9.3 billion annually to farmers’ incomes.”

Healthy soil must be rewarded

Finally, the WEF stressed the importance of remuneration for climate-friendly farming practices. Starting in 2024 farmers in the United Kingdom will be rewarded if the quality of their soil reaches higher standards.

European Commission is also studying new standards and pay schemes for farmers. In a report published in 2021, EU officials recalled that agriculture is responsible for about 10 percent of the EU’s total greenhouse gas emissions and recognized the importance of carbon farming. Agricultural practices that contribute to increased carbon sequestration, EU Commission says, should be rewarded according to schemes based on achieved results . In April this year, the Council of the European Union endorsed the conclusions expressed by the Commission, specifying that a legislative proposal is excpected by the end of 2022.