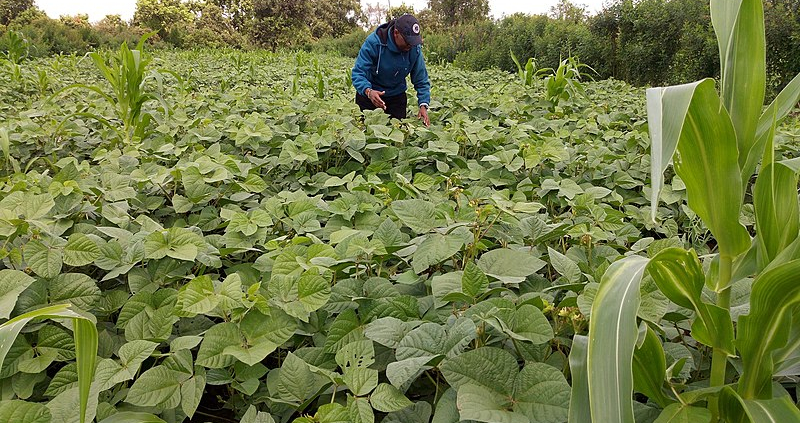 Climate mitigation in agriculture can bring $360 billion benefits according to a FAO/EBRD report. “We must pay farmers for the environmental services they provide”

Targeted action for global agriculture can contribute significantly to climate mitigation by generating between $60 billion and $360 billion in economic benefits, says a joint report released by FAO Investment Centre and the European Bank for Reconstruction and Development (EBRD). The study, which was unveiled at COP26 in Glasgow, highlights the potential of a key sector on the path to ecological transition.

“We must enable smallholder farmers to adapt and to benefit economically through the provision of environmental services,” said Mohamed Manssouri, Director of FAO’s Investment Centre. “Now is the time to grasp this vital opportunity to reduce emissions and increase carbon sequestration, while restoring biodiversity, supporting health and nutrition and generating new business opportunities through food and land-use systems.”

While agri-food sectors emit around 1/3 of total greenhouse gas emissions, they are also extremely vulnerable to climate change.

Green & climate-resilient agriculture must be part of the climate solution.@FAO is working to make it happen 👉https://t.co/1vpel8OMPm#COP26 pic.twitter.com/0iV30hyBkf

Agriculture generates up to 37% of human emissions

An ambivalent relationship has always existed between agriculture and climate change. The contribution of the sector to human emissions, says the study, ranges from 21% to 37%. A very significant impact whose importance has only fully emerged in recent years after having been historically underestimated. But the sector, according to the study, “is also a victim of emissions”. Farmers, in fact, “are often among the first witnesses to climate change”. Mentre “rising temperatures, changing rainfall patterns and supply chain disruptions are already impacting food production, undermining global efforts to end hunger”.

The good news, however, is that “agriculture sector is uniquely placed to be part of the carbon neutral solution through reducing emissions, while maximizing its potential to act as a carbon sink by absorbing more carbon from the atmosphere than it releases.”

Climate impact may decrease by 7%

While waiting for the final report that will be published early next year, the anticipations of the FAO/EBRD study are promising. According to the analysis, in fact, a better management of agricultural land and interventions designed to support the carbon sequestration can result in a 3% to 7% emissions decrease within the sector.

The underlying goal, the survey says, remains climate neutrality, i.e., balancing the amount of greenhouse gases released into the atmosphere with the amount removed. In recent years, many efforts have been done. Some problems, however, are still clear. First of all, carbon neutrality interventions are still voluntary. Moreover, the results achieved are often self-certified without any independent validation. Finally, the costs of interventions are extremely variable and particularly high for small businesses. Acting now, in any case, is crucial. What should we do, then?

According to experts, five different actions must be implemented. First, governments must set key targets for neutrality; second, tools and methods for calculating the climate footprint must be improved. Next, the private sector needs to further develop its governance of the targets, and the public sector needs to provide support for decarbonization efforts, especially when undertaken by small companies. Finally, governments and international organizations need to develop their capacity to share knowledge, raising awareness and thereby also encouraging sustainable investments.

The role of the private sector

As governments become more engaged, the role of private investors can make a difference. “The investment universe is evolving quickly, as banks align their lending with the net zero objective and asset managers look for opportunities to decarbonize their portfolios while managing risks associated with climate change,” said Natalya Zhukova, EBRD Director, Head of Agribusiness. In addition to deploying multibillion-dollar resources, the researchers say, individuals can achieve substantial benefits from their efforts. By reducing costs and risks, protecting business values and building competitive advantages.