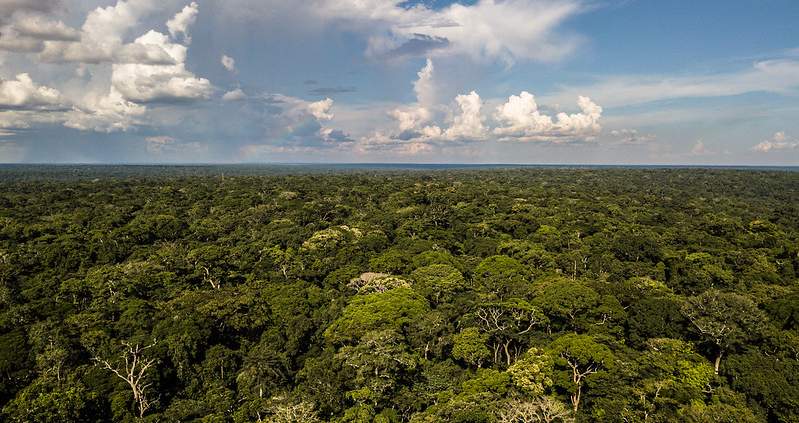 Agricultural resilience strategies would be able to break the vicious cycle between global warming and deforestation that affects the lives of farmers in the African country. Here are the proposal of the researchers

For farmers in the Yangambi area, in Congo Democratic Republic, climate change is a daily problem. In absence of a proper irrigation system, decreasing rainfall impacts on field yields. This trend, moreover, pushes farmers to look for fertile land in wooded areas, thus increasing deforestation. The situation looks critical. However, recent research conducted by a group of scientists from the local universities of Goma and Kisangani and the Center for International Forestry Research (CIFOR) in Yaoundé, Cameroon, has revealed a potential resilience.

The key is Climate Smart Agriculture, or CSA. Basically, a set of practices capable of protecting agricultural activities by challenging climate change. Such solutions, the researchers explain, are still applied by a minority of operators. But they could represent a potential breakthrough.

In the observed territory, located in northeastern Congo, agriculture is the predominant activity by far. Cultivation, says CIFOR, involves about 75% of residents, contributing up to 85% of their total income. The study, which surveyed 250 farmers, underlined that negative effects of climate change are perceived by 98% of the operators.

“Climate change has driven down yields, according to 54.8 percent of those surveyed by the researchers”, CIFOR says. “While 43.6 percent reported the appearance of various new crop pests attributed to the negative impacts of climate change.”

Moreover, “close to 70 percent of the farmers had noticed the appearance of new weed species; and 22.4 percent reported crop wilt to rice, maize and cowpeas, which they said were most affected by the increase in temperature and decrease in rainfall.” Finally, deforestation contributes to a greater release of carbon that combines with oxygen in the air, increasing CO2 emissions. A vicious cycle that undermines the future of local agriculture.

Congo agricultural crisis (and beyond)

According to the UN’s Intergovernmental Panel on Climate Change (IPCC), climate change poses a threat to soil health and agricultural yields. In addition, a recent FAO report highlighted how human-induced land degradation affects 1.66 billion hectares worldwide, 330 of which are in Sub-Saharan Africa, the most affected region in absolute terms.

The Democratic Republic of the Congo is an emblematic case. Here, the CIFOR report states, “70 percent of people live in rural areas and depend on rain-fed slash-and-burn agriculture (a direct cause of deforestation) to live, adding to their vulnerability.” In the observed area, then, 87.6% of the respondents said they had no strategy available to adapt to climate impacts.

However, there are some encouraging signs. A few farmers, in fact, have begun to apply some useful techniques such as crop rotation, the use of biofertilizers and biopesticides and back to fallow. These strategies, of course, are examples of Climate Smart Agriculture (CSA).

“To alleviate the agricultural challenge in a climate change context”, according to the researchers, “FAO recommends an approach based on three pillars – food security, adaptation and mitigation”. CSA, they say, “is not a prescribed practice or a specific technology that can be universally applied, but a practice that requires adoption of an integrated approach that considers specific local conditions.”

The presence of adaptation strategies in the northeastern area of the Democratic Republic of Congo can be an important starting point. Their use, although still not widespread, “indicates that even if farmers are not yet receiving external assistance from government or nongovernmental organizations to adapt and cope with climate change, they are able to put some CSA techniques into practice”. Therefore, today there is a need to “to valorize these practices and popularize them among farmers in the Yangambi Landscape, as they are accessible and feasible at the local level.”

The list of strategies also includes additional solutions. These include adapting the agricultural calendar, using tolerant and improved varieties, crop rotation, and developing crops in the lowlands. According to the authors, support from research institutes, NGOs, and state institutions is also needed. The study, which recalls similar initiatives already conducted in the country under the UN REDD+ anti-deforestation program, urges to take into account the perceptions of local farmers on climate change. And to adapt agricultural practices to the specific conditions of the area to create a resilient and more productive agricultural system.