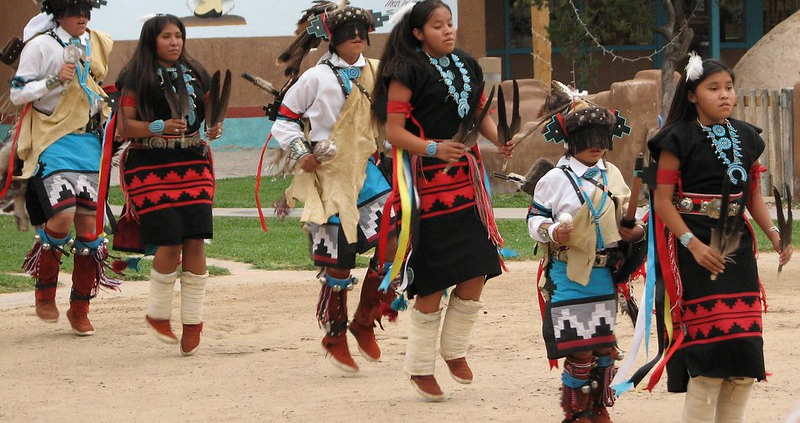 Traditional knowledge and modern science: how the Navajo community develops regenerative agriculture while promoting health and food security. A tale by the New Humanitarian

This a story of resistance and tradition, a couple of crucial concepts for the Navajo community and indigenous people in general. But most of all, it’s a very contemporary story in America, where interest in traditional agriculture, with its mix of ancient and modern tecniques, is growing. The tale comes from New Humanitarian, a Geneva-based nonprofit news agency, with a reportage from Vanderwagen, an unincorporated community in McKinley County in northwestern New Mexico.

Here is Spirit Farm, a facility devoted to regenerative crops founded in 2014. “We have been developing a model farm that heals soil with the intentional use of microbiology and composting”, the website says. “Our goal is teach a sustainable way of life through organic farming and food preservation”.

The importance of traditional Navajo practices

Navajo farming practices are now blending with scientific knowledge. Spirit Farm director James Skeet and his wife, writes the New Humanitarian, “are working with researchers to study the plant-feeding and water-retaining organisms in their own soil”. Such as “ffungi, nematodes, protozoa, and arthropods.” By applying some traditional techniques – such as adding compost and putting up barriers to provide shade and protection from the wind – the Skeets found an increase in the presence of fungi in the soil.

In addition, “They found that vegetables grown in theirs and other gardens using similar techniques had nutrient densities greater than 80% of certified organic vegetables and 100% of the conventionally grown, grocery-store bought vegetables they tested.”

The experience, in short, raises the importance of soil balance and the benefits for human health. Two essential issues that are attracting an increasing and predictable attention today.

Over the years, the news agency writes, Spirit Farm managers “have injected their plot of land with fertiliser from animals fed with fermented corn for optimal gut health”. Moreover, this practice “has helped create more fertile soil and an abundance of nutritious vegetables, eggs, and meat.”

But most remarkable is the self-sufficiency they achieved, which has always ensured food security. Even when the first pandemic wave hit the supply chain in the U.S. market.

Among Spirit Farm’s goals is also the promotion of a healthy diet, which is seen as a response to a historical injustice that affects the most economically challenged communities. In the U.S., Native people, including the Navajo, experience a much higher rate of heart disease, diabetes and obesity. Their life expectancy is also seven years shorter than whites. Finally, in the first months of Covid-19 pandemic, the mortality rate among native peoples in the US was the highest among all ethnic groups.

From USA to FAO: more attention for traditional practices

The example set by the Navajo people of New Mexico is not isolated. The use of traditional agricultural practices is widespread among native communities around the world. And for the past few years, it has been receiving broad institutional recognition. In November, for example, the White House released a memorandum “that commits to elevating Indigenous Traditional Ecological Knowledge in federal scientific and policy processes.”

Also remarkable is the support expressed by FAO for agroecology, the discipline that studies the application of ecological principles to agriculture. And that, as noted by the University of Berkeley professor Miguel Altieri, Chilean agronomist and entomologist, one of the leading experts in the field, represents a meeting point between traditional knowledge and modern science. Agroecology, says the UN organization, “plays an important role in contributing to the eradication of hunger and extreme poverty”. And it is an instrument “to facilitate the transition to more productive, sustainable and inclusive food systems.”