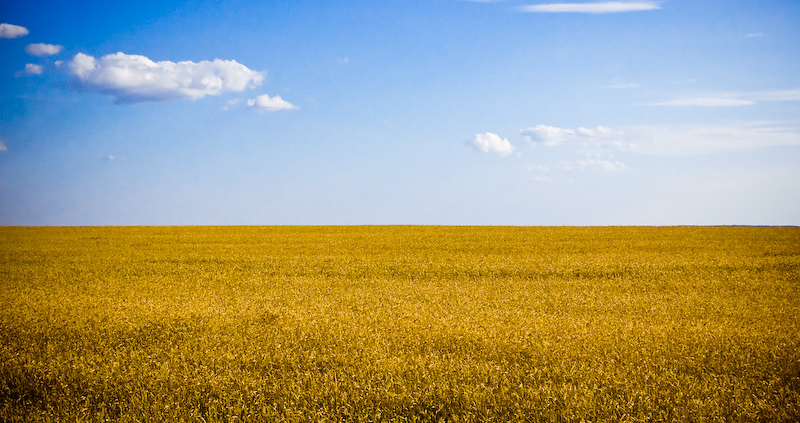 The Russian invasion of Ukraine has forced 25 percent of the country’s rural households to reduce or stop production. War damage to the sector already exceeds $2 billion, says FAO

Ukraine‘s agricultural sector is increasingly affected by the war says FAO in a report based on more than 5 thousand interviews conducted in the country. To date, the U.N. organization explains, one in four families among those active in the sector say they have experienced a reduction or even an interruption in agricultural production as a result of the Russian invasion.

In addition to the inevitable spillover effects on international exports – an issue that has already been at the center of debate for months – the conflict has taken its toll on the rural population, which is heavily dependent on the country’s agricultural economy. The effects of the war, the FAO explains, are most evident in regions along the front line. But they are also widely felt in the rest of the country.

#Ukraine: after nine months of war, rural households are increasingly affected by the conflict with many forced to scale down or abandon agricultural activities – new @FAO survey reveals.

“Ukraine’s agriculture sector is an important source of livelihoods for the roughly 13 million Ukrainians living in rural areas,” said Pierre Vauthier, head of the FAO country office. Family agriculture alone contributes about one-third of national production, he added. According to the report, “25 percent of the Ukrainian rural population involved in agriculture stopped their activities or reduced their output due to the war.”

The situation, however, “is much worse in the most agriculture-dependent regions of Ukraine, where over 40 percent of rural families are affected.”

The consequences, the FAO further notes, are obvious. Indeed, small-scale agricultural production plays a key role in ensuring food security and sustaining the supply chain. As well as providing income and livelihood for local people.

Damages and losses at $2.25 billion

Family farming in Ukraine covers a total area of 3 million hectares, less than one-fifth of the total cultivated area. Much of the activity focuses on labor-intensive crops, fruits and vegetables in particular.

According to FAO estimates, “iIn terms of the total damages and losses for the rural households, estimates amount to almost USD 2.25 billion in the first six months of the war. Of this, USD 1.26 billion in the crops sector and USD 0.98 billion in the livestock sector.”

67.5 percent of the contraction in total agricultural production was recorded in the grain and oilseed segments. The total cost suffered on average by each family -excluding those residing in Russian-occupied territories – amounts to $483. 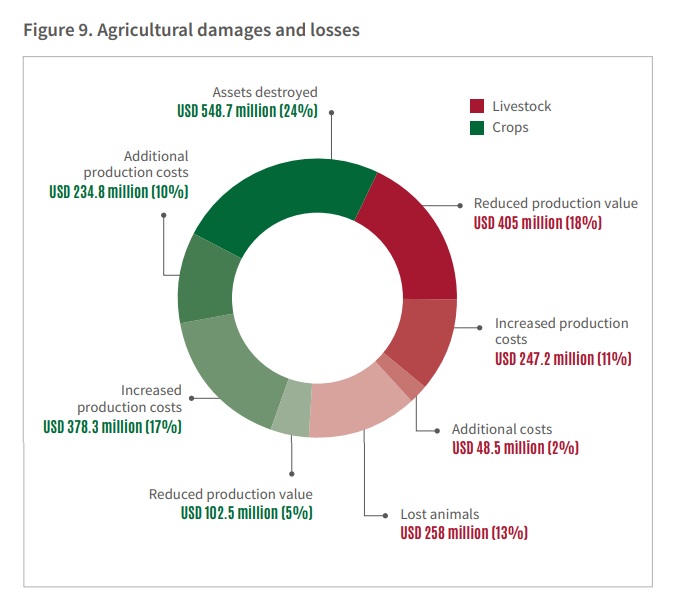 According to the report the increase in costs suffered by the sector, affects 72 percent of households engaged in agriculture and 64 percent of those engaged in livestock farming. Moreover, between June and September, more than half of rural households reported an increase of more than 50 percent in food expenditures. In frontline areas, for nearly one in five respondents the increase travels around 75 percent.

The forecast for the future is not good. Indeed, in the coming months, farmers and ranchers will be forced to contend with poor income from the sale of produce and limited access to production inputs, from fertilizer to energy. “As the war persists, the current situation is likely to deteriorate further. Compounded by the winter season and the potential for further internal displacements to rural areas, the coping capacities of the rural population are likely to become progressively strained,” the organization concludes.