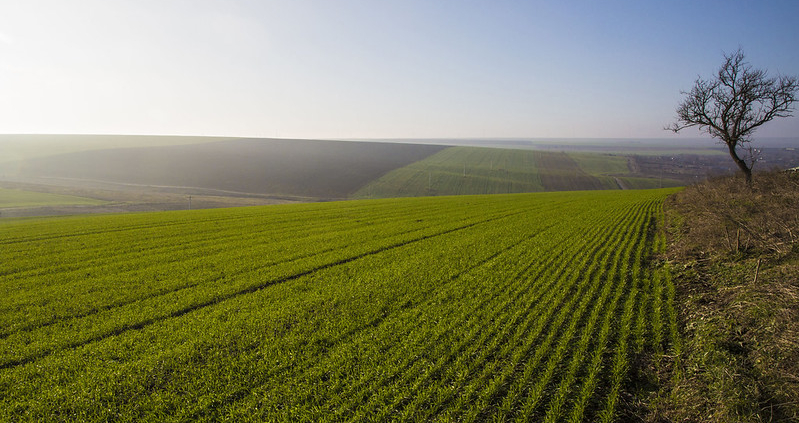 In Europe, 31.7 percent of total organic carbon stocks are found in agricultural soil. Some good practices, such as the use of compost, can increase carbon sequestration while encouraging yields, a report by EU Parliament says

Proper management of soil and natural manure accounts for 55 percent of the European agricultural sector’s climate mitigation potential, a report released by the European Parliament’s Committee on Agriculture and Rural Development says. The study mentions the targets set by Brussels for achieving zero balance in the sector’s net emissions.

In 2019, the European agricultural sector generated 429 million tons of CO2, or 11 percent of the total emissions recorded in the EU. Over the past 30 years, the authors say, agricultural greenhouse gas emissions have decreased by 108 million tons. The decline, however, occurred entirely between 1990 and 2005. Since then, they point out, the amount of emissions has remained stable.

Carbon sequestration is set to grow

“Achieving the Green Deal neutrality targets will require reshaping our food system and reducing agricultural emissions but also promoting carbon sequestration in agricultural soils,” the survey says. But what’s the situation in the surveyed areas today? European soil is estimated to store 34 billion tons of carbon in the top 20 centimeters. The figure rises to 75 billion in the top 30 centimeters.

“Under the business-as-usual management scenario,” the authors note, “from 2010 to 2050 total soil organic carbon stocks in the European agricultural soils could increase from the initial 12.8 to 13.9-14.1 Gt in cropland, and from 6.7 Gt to 8.9 -9.4 Gt in pastures, depending on the severity of the climate scenarios.” The potential for sequestration, they add, is greatest in the arid and semi-arid soils of central and southern Europe.

According to the study, increasing soil organic carbon stocks is essential not only for climate regulation, but also for maintaining and improving the natural fertility of soils and their health. Among the best practices aimed at achieving this dual goal, the use of compost is especially relevant. One such strategy, just like other operations-such as the application of cover crops or intercrops, enhances the natural functions of the plant-soil system with little or no ecological risk.

Composting of selected organic waste to ensure the quality of the finished product also represents more than just an agricultural strategy. Since recycling of organic matter contributes to creating new opportunities for circular economy.

Crucial, in any case, is the combined use of different practices. Adding compost when incorporating intercrops into the soil and fertilizing a crop under occasional tillage, for instance, results in improved soil biology, increased organic carbon stocks and possibly higher yields.

Carbon farming is the key

Finally, the authors remark that the Common Agricultural Policy (CAP) provides the tools for farmers to engage in sustainable carbon sequestration practices. However, these strategies, which fall under the category of so-called carbon farming, will need to be further supported through soil monitoring and soil sampling to close the remaining data gaps.

For this reason, experts recommend building an integrated and reliable soil survey system and increasing the number of experimental sites. These elements are needed to develop a market for carbon credits by remunerating farmers for their contribution to CO2 emission reduction.