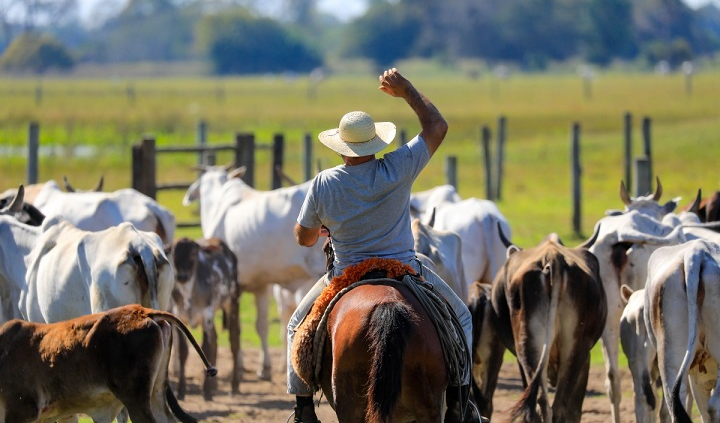 The cows unfortunately will never know. Never understand. Never be able to feel a well-deserved sense of pride as they graze and ruminate on the U.S. prairies and the African savannahs. And that’s a shame, no doubt about it. Since the world faces the scary “twin crises“, climate change and the loss of biodiversity, in fact, these precious anaware animals are becoming the main players of a brand new surprising alliance. Between activists and ranchers.

Cows, in other words, are currently connecting students from Europe and rural communities, Just like NGOs and Kenyan farmers. But also left-wing academia and conservative America. Amazing, isn’t it?

The thin green line from Greta to the ranchers

The story has been recently covered by the New York Times in Blaine County, Montana. Here the Obrecht family, “ruggedly independent, politically conservative,” has found a natural system for treating the soil, protecting the environment and tackling climate change. According to the principles of regenerative grazing, the Obrecht’s move their herds almost daily by letting the fenced land rest for long. The cattle, moreover, are urged to consume a wide variety of grasses, “sso no single plant species become predominant.”

Although environmentalists have long challenged the Planet’s excessive meat consumption, the idea that good livestock management practices can contribute to soil health now seems to connect two different worlds. “These ranchers said they have found common cause with the very environmentalists whom, a generation ago, their kin often viewed as the enemy”, says The NY Times. “Conversely, conservationists have learned to think like agrarian capitalists, touting the economic benefits of healthier land and its ties to more profitable ranching.”

The common goal is to preserve grasslands that play a crucial role in carbon sequestration. This is true for the American West, the New York Times says . But also for the African savannas, the South American territories and the steppes of Eurasia.

Grasslands, according to estimates, cover about 40 percent of the world’s land but are largely threatened by intensive use and urbanization. Sometimes, generally useful strategies such as tree planting can turn out to be counterproductive, especially when drought favors wildfires. That’ s also why regenerative grazing can prove to be a useful solution in some circumstances. In 2015, a study published in the journal Agriculture, Ecosystems & Environment estimated that these best practices could facilitate the sequestration of 300 million tons of CO2 on a global scale each year.

The world is experiencing best practices

“Half a world away, the ecological and economic principles that propel these ranchers similarly guide Kenyan conservation groups working to reform the grazing practices of the pastoralist herders who trek the African savannah,” writes the New York Times. Here in Baringo County, the nonprofit organization Rehabilitation of Arid Environments Trust helps families reseed native grass on their plots.

“The families profit by harvesting the grass to sell as hay, along with the seeds, providing them with the financial flexibility to raise smaller herds to prevent overgrazing.”

Similar initiatives, the newspaper says, are also taking place in the grasslands of Brazil’s Cerrado, where unwanted plants are eradicated, and in the open prairies of Kyrgyzstan, where staff from the United Nations International Fund for Agricultural Development are working with local herders in restoring the land.

Other experiences justify some optimism. Recently, media attention has focused on the story of a pioneering ranch in Eagle County, Colorado. Here, in the heart of the more iconic America, the Luarks, a ranching family with a longstanding environmentalist approach to their business, are working with the U.S. Bureau of Land Management to test a GPS-based system for training cows. The goal is to move cattle more easily and accurately determine the ideal amount of time they should stay in a particular location.

“Luark and other ranchers’ cattle graze on millions of acres of public land. How he and other ranchers manage their cows can affect the health of the land for livestock, wildlife and the climate”, said Colorado Public Radio reporter. “Despite years of back-to-back drought worsened by a warming climate, the grass here seems to be improving.”