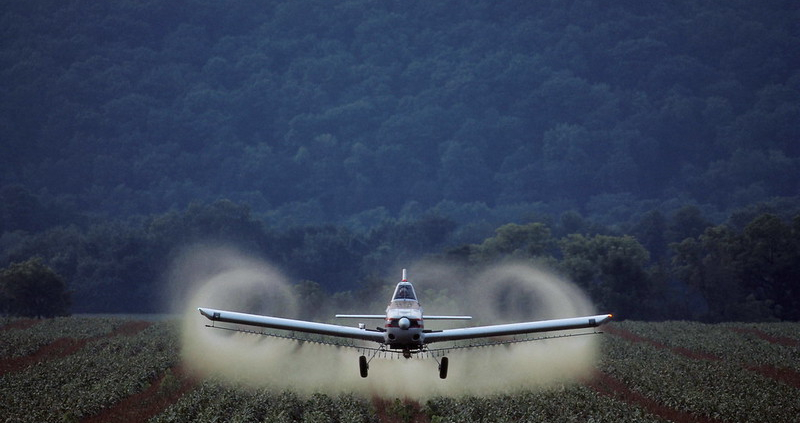 “Many pesticides banned in Europe find their way into the United States,” environmental groups say. The damage to soil and biodiversity is obvious. Pressure grows on the U.S. Environmental Agency

The debate on the excessive use of pesticides in agriculture is intensifying in the United States. The latest complaint, in order of time, has come from The Intercept, a well-known investigative journal that has been running for several years. Their reporters, in particular, have targeted the EPA, the American Agency for Environmental Protection, accused of not having done enough to prevent the use of harmful chemical agents in agriculture. The consequences of a very soft policy towards producers, the magazine claims, are heavy. And they prove once again, we might say, the need for a sustainable agricultural model which respects soil, climate and health.

“The growing evidence of the dangers of these compounds has led the governments of other major agricultural economies to remove some of the chemicals from use,” writes The Intercept. “The U.S., once the beacon of hope for pesticide regulation, now lags behind. In 2016, the U.S. used 322 million pounds (o 146,000 metric tons) of pesticides that were banned elsewhere, according to a 2019 study by Nathan Donley, a biologist at the Center for Biological Diversity.” According to the author, “most of these chemicals had been banned for health and environmental reasons”. At least 85 pesticides banned in China, Brazil, or the European Union were still used in the U.S. in 2016, he said. “A number that has almost certainly increased since then.”

The excessive use of pesticides, the Center for Biological Diversity says, “has been identified as the most significant driver of soil biodiversity loss in the past decade.”  A recent survey commissioned by the British government and known as “The Dasgupta review”, for example, has shown that our economic system is dependent on biodiversity. Protecting it, researchers have been arguing for a long time, therefore means protecting soil health (and vice versa). It also guarantees food security and mitigates climate.

“It is estimated that 95% of the world’s food comes either directly or indirectly from soil and that sustainable soil management can increase food production by 58%” the Center says. “Soils store the largest amount of terrestrial carbon on Earth and the ability of soil to capture and sequester carbon is intrinsically linked to its health and the proper functioning of soil organisms”.

The continued use of toxic chemicals to grow our food undermines the healthy soil ecosystems on which sustainable food production depends. The EPA must start assessing pesticide harm to healthy soil. https://t.co/EstmpPdIkx

Proven damage for 71% of soil invertebrates

In May, the Center and the NGO Friends of the Earth, promoted a legal petition urging the EPA to take stricter criteria in assessing damage to soil ecosystems generated by pesticides. The letter, signed by 67 associations in support of public health, environmental justice, human rights and soil health, specifically asks the agency to take on “a more comprehensive risk assessment framework that adequately values the ecological services of all life on Earth.”

Proponents also point out that the use and toxicity of pesticides have both increased in recent decades. “A recently published comprehensive review of pesticide impacts on soil – si legge nella lettera – found harm to beneficial invertebrates in 71% of cases. This finding demonstrates the urgent need to include a soil health endpoint in pesticide registration decisions.”

Pesticides and fertilizers market has grown to $300 bn

The UN has also spoken on the matter recently. In March, a report edited by UNEP (the United Nations Environment Agency) in cooperation with FAO and WHO, provided an overview of the market surge. According to estimates, global sales of pesticides and fertilizers “continue to grow at about 4.1% per year and are projected to reach $309 billion by 2025.” Despite expectations, the world has failed to reduce the burden of chemicals in agriculture. And health risks remain. According to UNEP, in particular, “pesticides are responsible of about 385 million cases of non-fatal unintentional pesticide poisonings with approximately 11,000 deaths every year. “Adverse impacts of pesticides have been observed on bees and natural enemies of pests, bird populations, aquatic organisms, and biodiversity loss.”