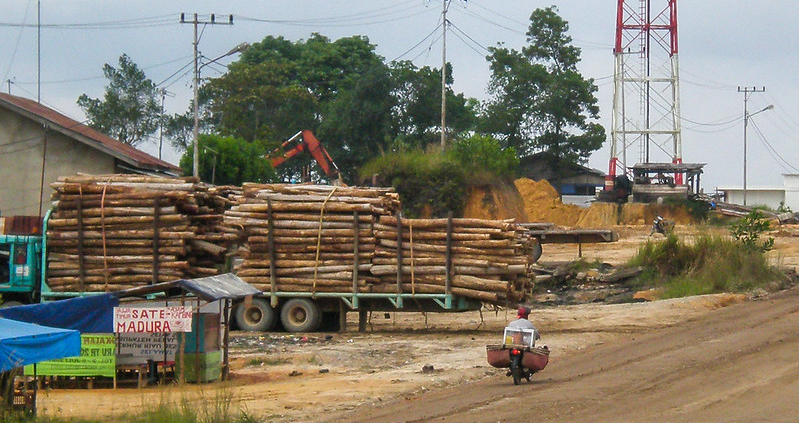 Since the Paris Agreement of 2015, three hundred corporations contributing to commodity-related deforestation have received $267 billion in funding, according to the NGOs coalition Forests & Finance. Amazon and Southeast Asia are the epicenters of this phenomenon

Despite international agreements and rising alarms on climate crisis and biodiversity loss financial support to deforestation keeps growing according to a report released in recent weeks by Forests & Finance, a coalition of various nongovernmental organizations. The survey, which tracked financial flows to major commodity companies operating in tropical regions, includes credits, bonds and equity holdings as of September 2022.

The research follows a similar study reeased two years ago by the organization Portfolio.earth showing how the world largest banks lent more than $2.6 trillion to projects linked directly or indirectly to the destruction of ecosystems and wildlife in 2019.

Our assessment shows that the policies of banks and investors are dangerously inadequate.https://t.co/RxKTkPDmzR

“Since the Paris Agreement was signed in 2015, Forests & Finance revealed that banks have provided USD 267 billion in credit (2016-2022 September) to just 300 forest-risk commodity companies operating in the world’s three largest tropical forest regions,” the study says. Moreover, “Despite the Agriculture, Forestry and Land-Use sector contributing 23% of global Greenhouse Gas (GHG) emissions, the financial sector is pouring money in at an alarming rate. Investors are also facilitating the expansion of agribusiness with USD 40 billion in bondholdings and shareholdings in September 2022.”

The phenomenon slowed during the Covid-19 outbreak, but since last year the trend has picked up again. “World’s largest financial institutions increased their backing of companies in the agriculture, forestry and land use sectors most responsible for deforestation in 2021,” says Reuters. “The report found that finance to those companies rose over 60% to $47 billion between 2020 and 2021.”

Financial damage from deforestation may be worse than 2008 downturn

Paper sector and livestock industry in the crosshairs

The survey highlighted the role of finance in supporting two sectors particularly dangerous to forests. These are pulp and paper sector in Southeast Asia and beef industry in the Amazon region. Pulp sector in Asia, the study claims, have contributed to a total deforestation of more than 170,000 hectares between 2015 and 2019.

Since the Paris Agreement, the sector has attracted $23.6 billion in financing thanks, in particular, to the contribution of five banks: Indonesia’s Bank Rakyat Indonesia ($4.3 billion), Bank Mandiri ($2.7 billion), Bank Central Asia ($2.5) and Bank Negara ($1.4), and UK’s Barclays ($2 billion).

The beef industry, the researchers explain, remains the main driver of deforestation in the Amazon. The largest banks that financed the Brazilian beef giants JBS, Marfrig and Minerva between 2016 and September 2022, the authors explain, were Bradesco ($1 billion), Santander ($774 million), HSBC (746), Banco do Brasil (723) and BTG Pactual (648). 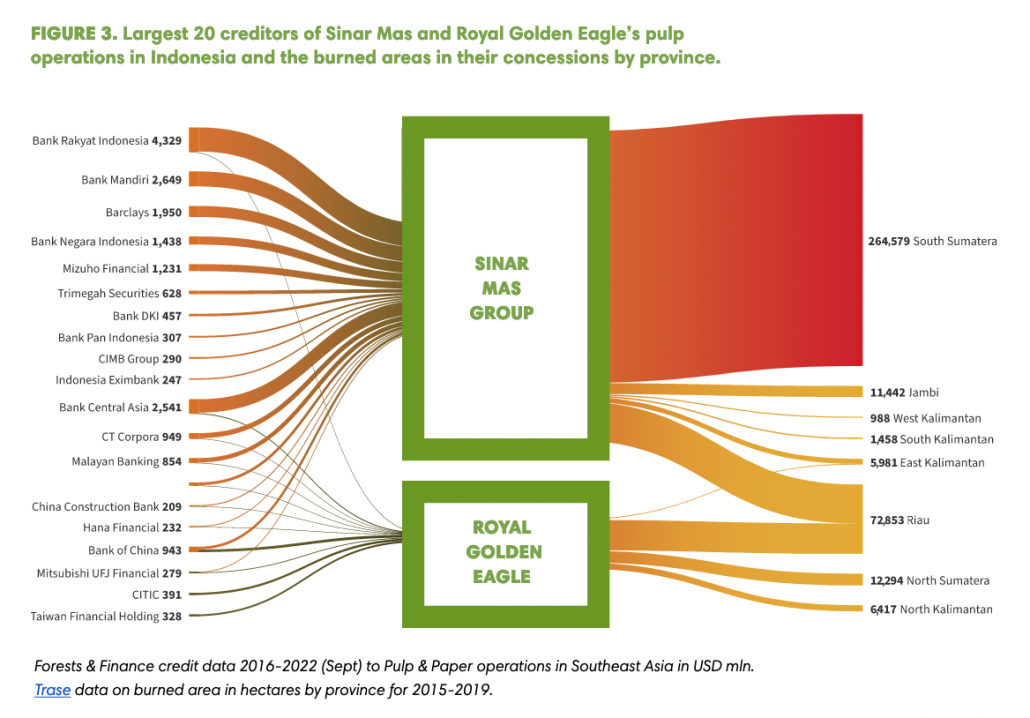 Researchers developed a methodology to analyze the behaviors of the top 200 banks and corporations involved in financing the commodity sector. The goal was to assign a score to assess the ability of financial institutions to manage and mitigate risks related to environmental, social and governance. The scale ranges from 0, total inadequacy, to 10, maximum capacity.

“Overall, the average score was just 1.6 out of 10 and an alarming 59% of financial institutions scored under 1, indicating an abject failure to manage and mitigate Environment,” the authors explain.

“This latest assessment shows how big banks and institutional investors are blind to the urgency of the moment,” said Tom Picken, Forest and Finance Campaign Director with Rainforest Action Network and a founding member of the Forests & Finance Coalition. In this scenaro, he added, the financial sector’s choices “remain dangerously inadequate.” 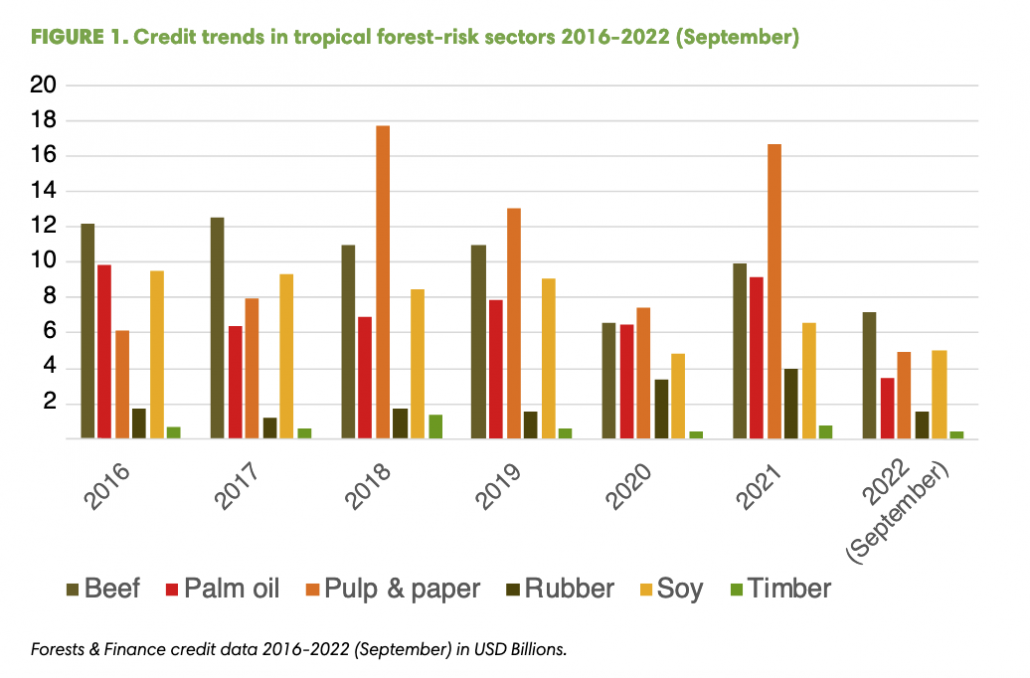